Thank you for your patience while we retrieve your images.

Bush Stadium, and most recently before abandonment, 16th Avenue Speedway (Wiki page), began as Perry Stadium in 1931 before becoming the first Victory Field. It was also home to a few Negro League teams, as well as a Continental Football League team, the Indianapolis Capitols, who won the league championship in 1969. A repository for "Cash For Clunkers" and a few vagrants from 2008-2011, when I shot it, it has now been partly demolished and converted into 138 apartment lofts.

These shots are High Dynamic Range (HDR), in which several exposures are taken and then blended into one composition, capturing the luminance between the lightest and darkest areas of the shots and allowing for dramatic colors. 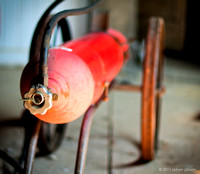